The core technology at CERM/CIRMMP is NMR spectroscopy, and the onsite instrumentation is among the most advanced in the world. A European transnational access service, funded by EC since 1994 in addition to service provision at national level operating since 1990, places CERM/CIRMMP at the top of the list for experience among the European NMR Research Infrastructures.

The flagship of the Center is the impressive collection of NMR spectrometers which feature the largest magnetic field range in the world (from 1200 MHz to the earth field) and ranks it among the best equipped laboratories in the world. The NMR labs are flanked by molecular biology laboratories where samples for the NMR are produced. 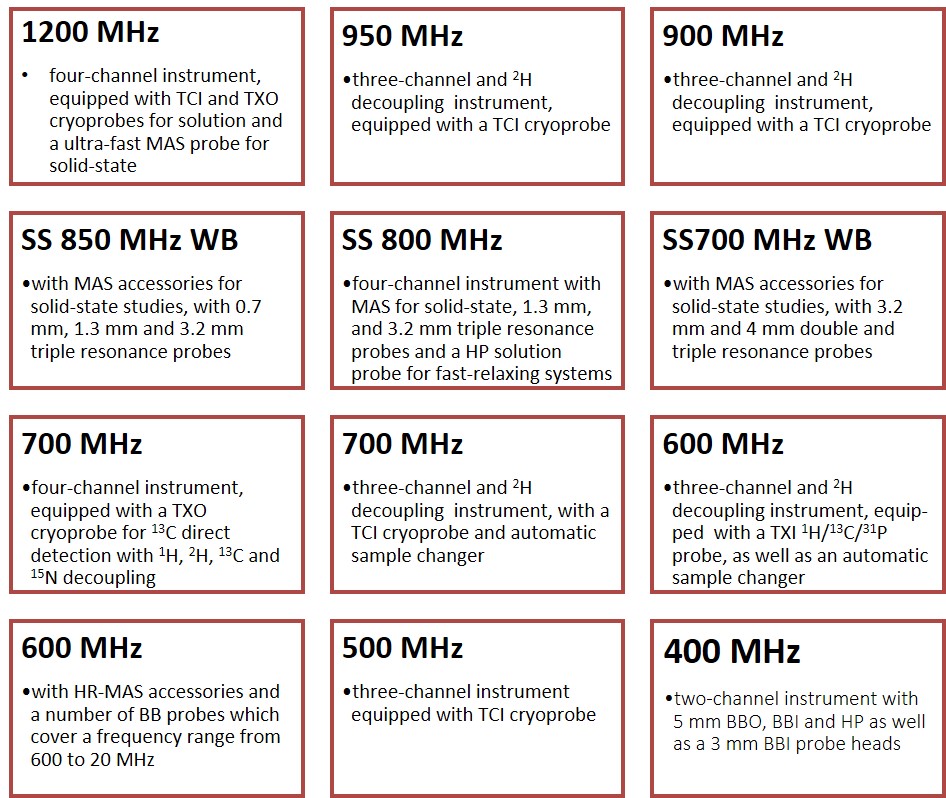 All NMR instruments are state-of-the-art, digital spectrometers equipped with a variety of cryoprobes as well as of specific probes covering a broad range of frequencies and of observable nuclei. 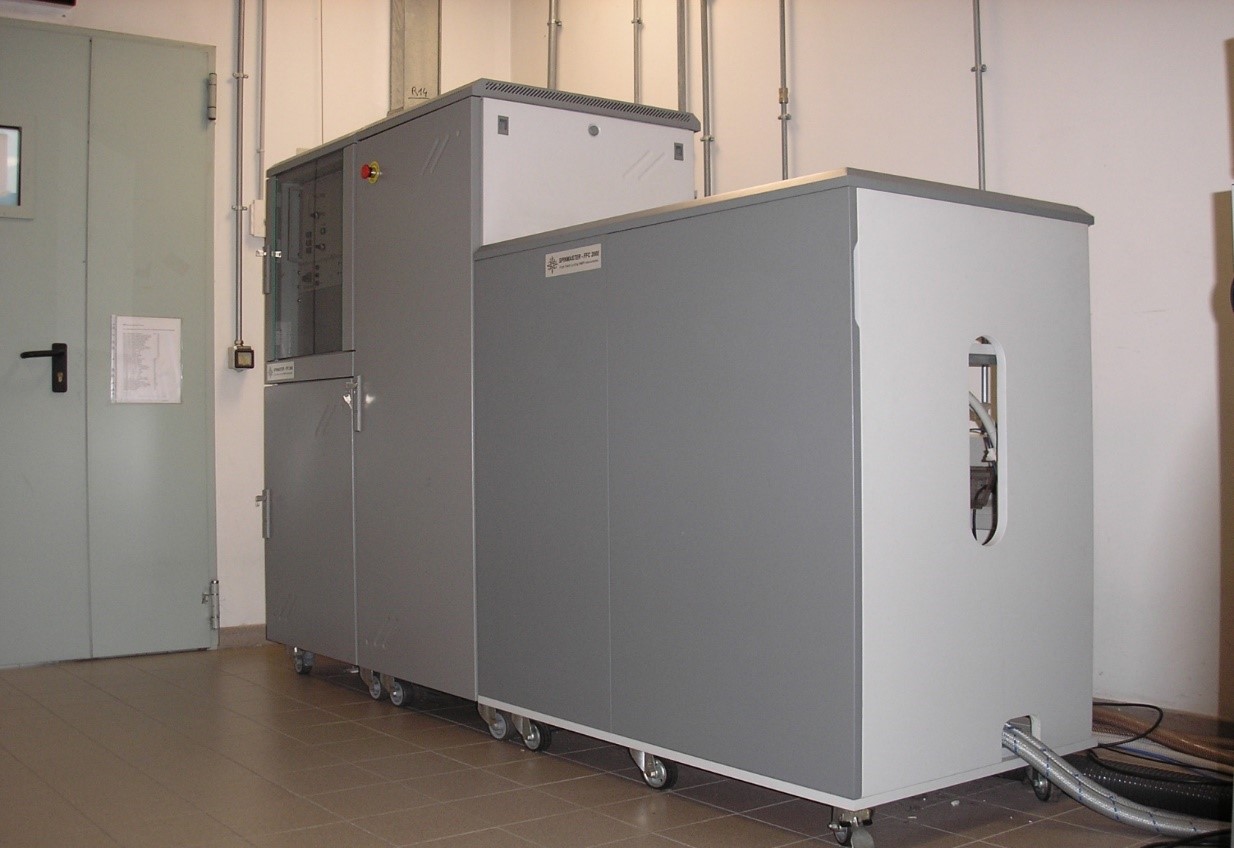 The Fast Field Cycling (FFC) relaxometer allows for the measurement of the nuclear spin-lattice relaxation rate constants as a function of the applied magnetic field, from 0.01 MHz to 40 MHz proton Larmor frequency. Due to the lack of resolution, experiments are usually performed by measuring the relaxation rate of bulk water protons in solutions with diamagentic macromolecules or paramagnetic complexes. The colleced profiles provide direct information of the spectral density functions of the detected nuclei, and thus  on the strength of the interactions and on the dynamics of molecules over a wide frequency range. This technique is largely used for the characterization of candidate contrast agents for MRI. 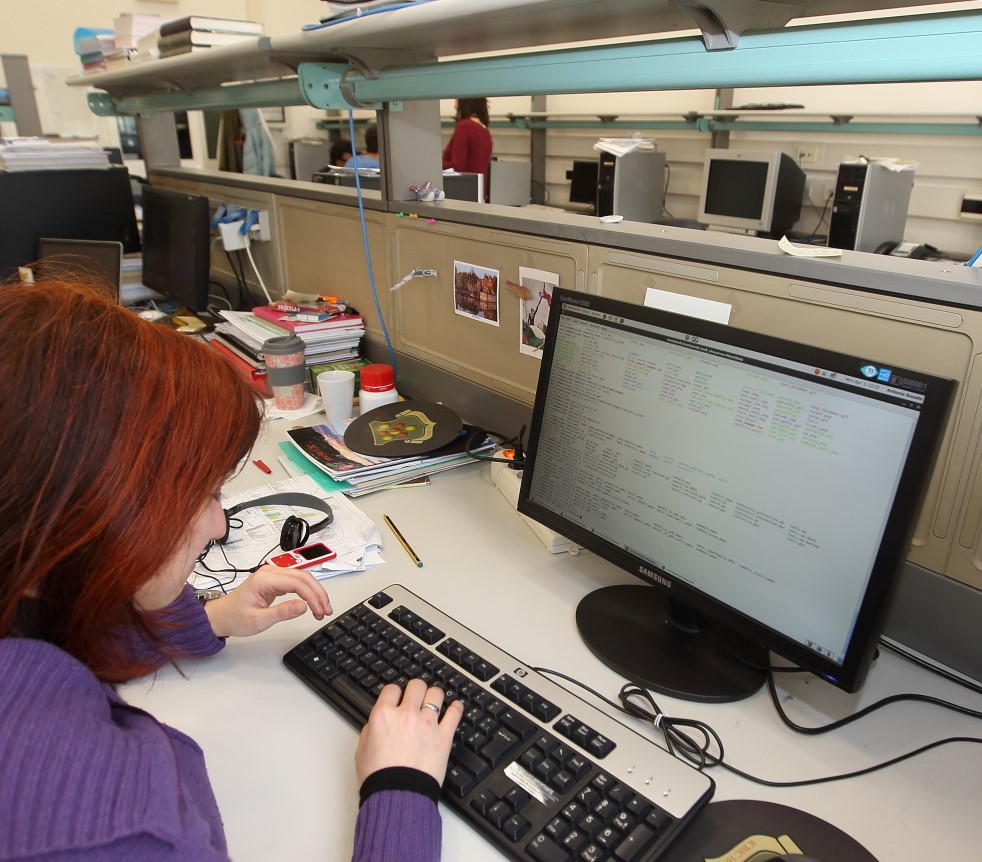 Biological and Biophysical Equipment and Facilities 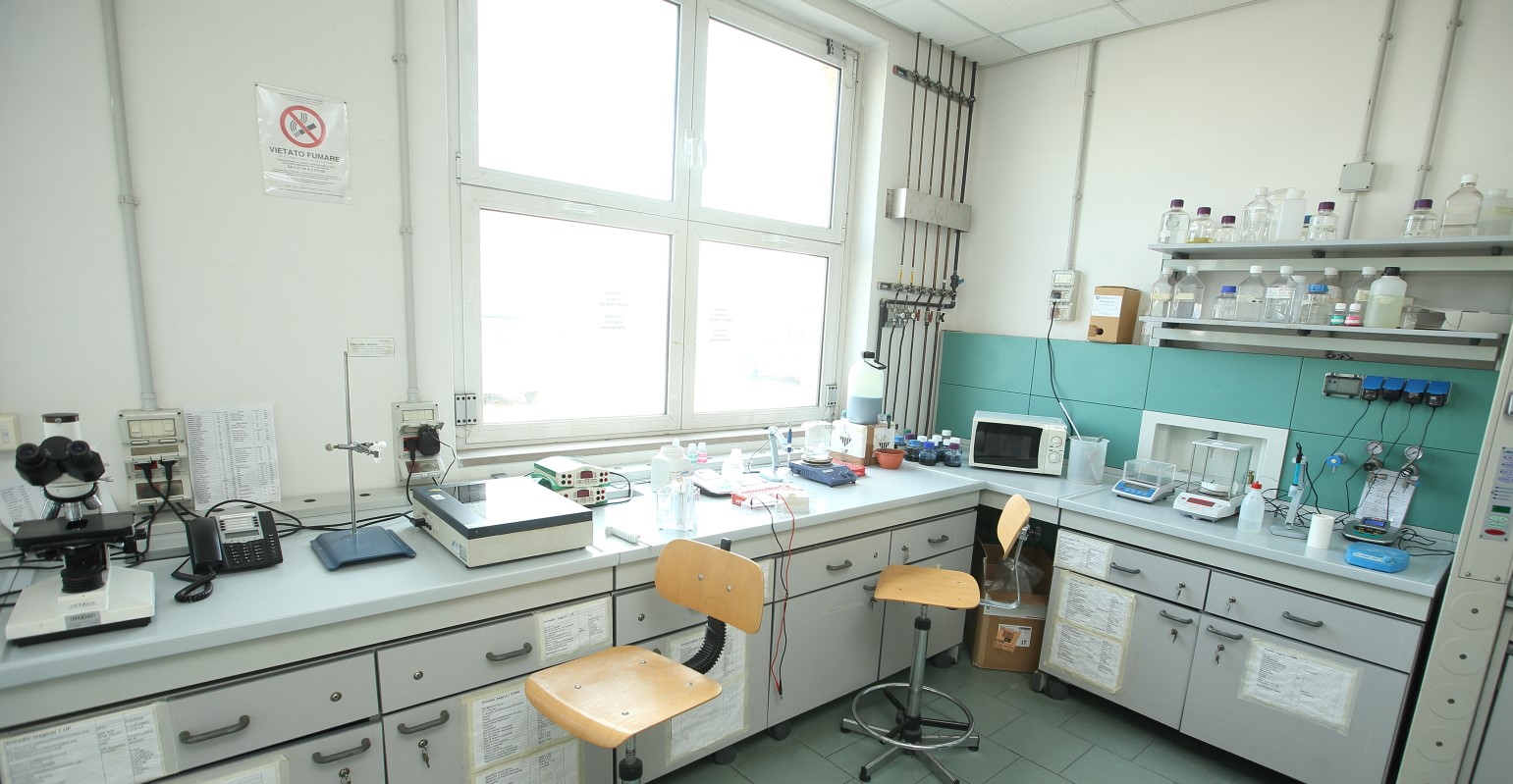 CERM/CIRMMP is equipped with state-of-the-art facilities for gene cloning and protein ex-pression and purification. Large scale protein expression in prokaryotes and yeast is available through the use of fermenters. Different isotope labelling schemes, including specific labelling schemes oriented to NMR characterisation, can be achieved through the use of auxotrophic strains. Fully equipped facilities for protein purification are available, including last-generation instruments for streamlined purification (ÄKTA pure chromatography system) and equipment for protein purification and reconstitution in anaerobic environment (glove box). A mammalian expression lab for in-cell NMR is also available. 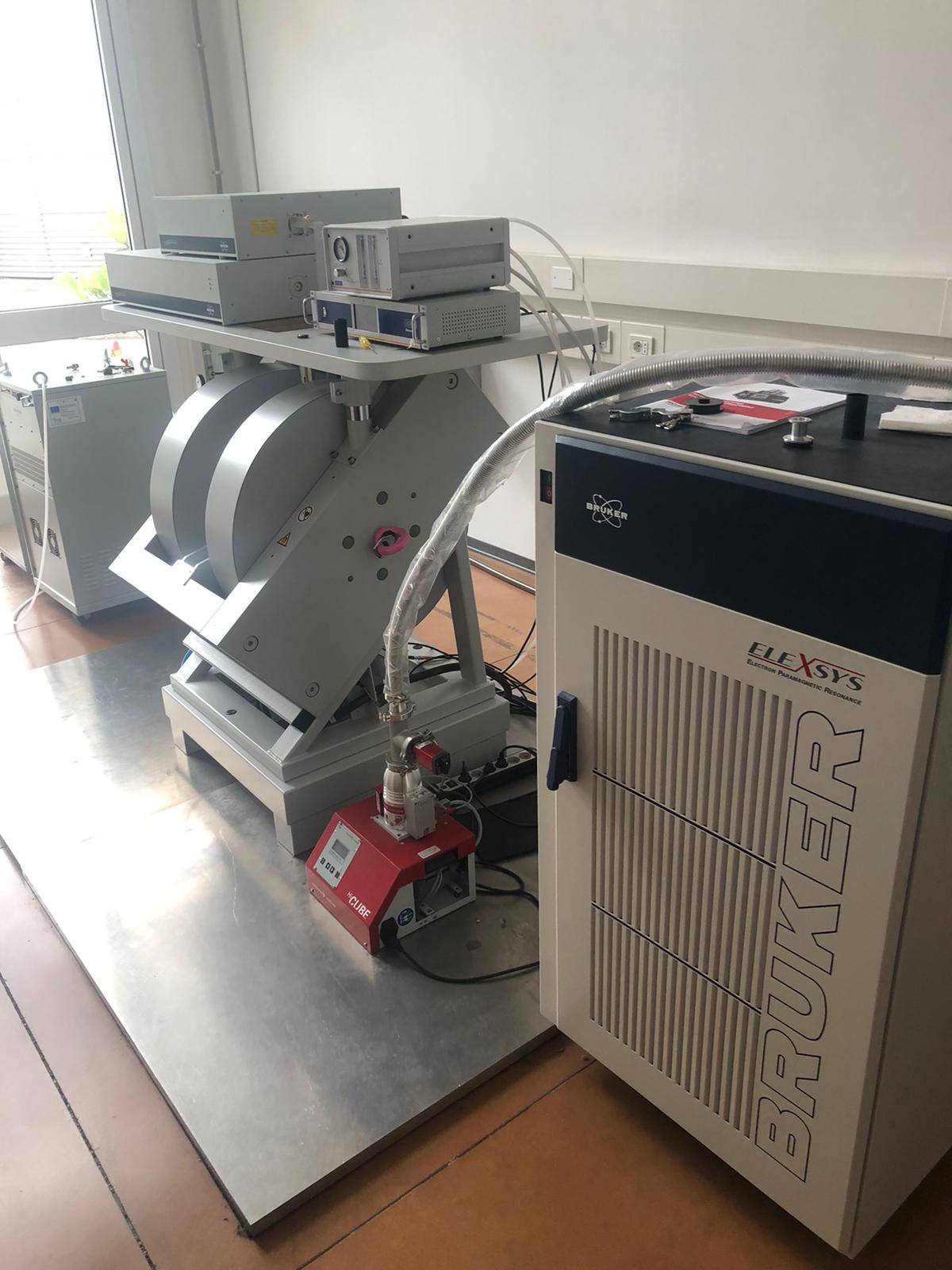 The EPR spectrometer at the X-band is equipped with a SHQE resonator and an Oxford ESR900 cryostat. Continuous wave measurements, such as paramagnetic metals characterization and site-directed spin labelling applications, can be performed from room temperature to 4K.

The EPR spectrometer at Q-band is equipped with an EN5107D2 resonator, an Oxford CF935 cryostat and a 3W-AWG microwaves amplifier.
Different pulse-EPR experiments can be carried out:
- Spin echo techniques to measure electron spin relaxation times
- ESEEM and 2D-HYSCORE experiments for the analysis of hyperfine interactions between electron and nuclear spins to obtain information about spin density and distances
- PELDOR and DEER experiments to measure long range distances with electron-electron dipolar coupling. 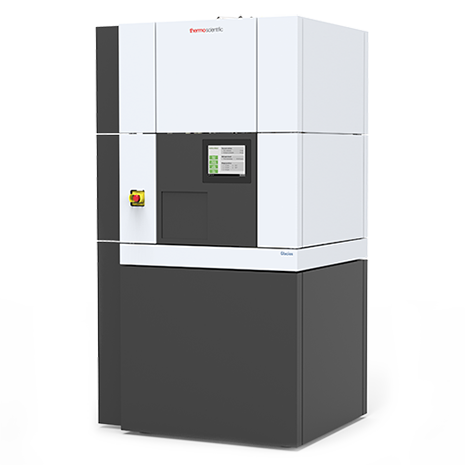 In Cryo-EM SPA, three-dimensional density maps can be reconstructed by averaging a large number of two-dimensional projection images of the same object along different directions. It covers a wide molecular weight range of specimens, from protein complexes in the tens of kilo Daltons to large virus particles with hundreds of mega Daltons. Moreover regular fibrillar protein aggregates (amyloids) have also been successfully targeted through cryo EM, further highlighting the impact of this approach on biological and biomedical research.

CERM/CIRMMP is equipped with standard crystallisation facilities and with an automated nano-dispensing device (Mosquito, TTP Labtech). Furthermore it has full access to the Inter-departmental Crystallography Centre of the University of Florence (CRIST) equipped, among other instruments, with a sealed-tube diffractometer bearing a CCD detector (AgilentTech-nologies) for routine in-house data collections. Regular access to synchrotron beam time slots in Europe facilities is also possible.RM/CIRMMP is equipped with state-of-the-art facilities